The Future of Cheaper Deep Learning?

Thomas Sohmers is the 19 year old Founder of Rex Computing, a start up which has been recognized for developing insanely fast servers which use up a fraction of the electrictiy of traditional hardware.

The Platform and Fortune reported this week that Rex have now raised $1.25m in order to produce sample batches of a chip which boasts a new architecture that Sohmers says is more powerful and 25 times more energy efficient than current offerings from large vendors. Fortune reports

The fundamental breakthrough that Sohmers has come up with is how he designed the memory on his chip, which he calls the Neo processor. Like many of the most recent efforts to design a new architecture, the Neo processor is a massively multicore chip—it has 256 cores. However, most chips handle memory in cache, defining where each core’s memory cache is and how it accesses that memory. The Neo has access to a scratchpad memory which is in effect software defined. This is a bit more complicated on the software side when the code is compiled but it makes things faster and offers more flexibility when the processor is working.

The Platform goes into a bit more depth about the energy saving gained from having a processor that will fling data to the scratchpad to be compiled later rather than DRAM explaining “It takes 4200 picojoules to move 64 bits from DRAM to registers while it only takes 100 picojoules to do a double-precision floating point operation. It’s over 40x more energy to move the data than to actually operate on it. What most people would assume is that most of that 4200 picojoules is being used in going off-chip, but in reality, about 60% of that energy usage is being consumed by the on-chip cache hierarchy because of all of the extra gates and wires on the chip that the electrons go through. We are removing that 60%.”

What does this mean for deep learning? The exciting part is that Fortune reported that the NEO is 10 to 15 times more efficient in performing the same tasks which GPUs are used for with computer vision. Beyond the short term targets of digital signal processors, Rex could be lining up the sights of their architecture at the likes of Nvidia who are currently the manufacturer of choice for GPUs which are used to train deep learning neural networks. 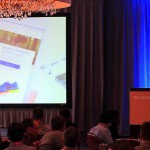 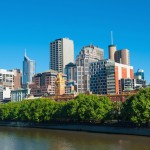 Finding the Right Employer for your Infrastructure Automation Career in Melbourne